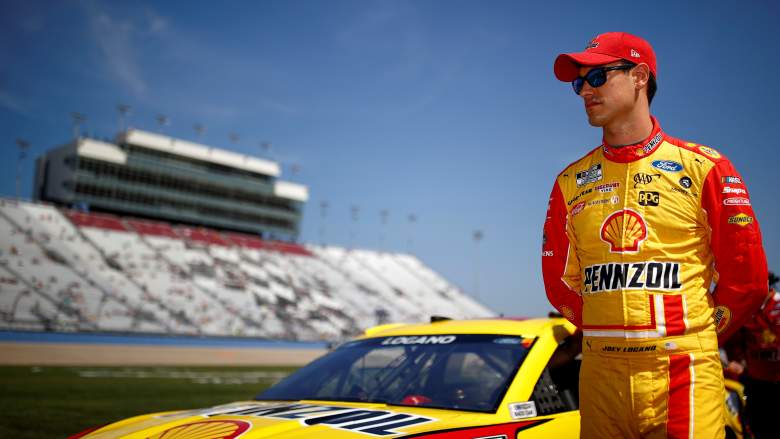 The driver of the No. 22 Team Penske Ford Mustang is trying to raise money for charity using a cartoon version of his stock car. Joey Logano announced on Sunday, July 25, the launch of the GoGo Logano toy cars, created in partnership with Disney and Pixar. Each purchase will directly benefit the Joey Logano Foundation.

“As you know, the GoGo Logano cars are out in stores,” Logano said in a Twitter video. “But now you can get it at Joey Logano Store. JoeyLogano.com. 100% of the proceeds are going to charity, going to the Joey Logano Foundation, benefiting children and young adults in times of need.”

There are two price points for the GoGo Logano cars on the driver’s website. The standard edition is $9.99 while an autographed version will cost $29.99. “We’ve got them signed up and ready to go,” Logano added on Twitter. “If you don’t want them signed, we’ve got those too.”

The driver of the No. 22 is not simply putting his stock car onto store shelves. The new line of GoGo Logano cars actually ties into an upcoming project featuring the 2018 Cup Series champion. Logano will be part of an untitled “Cars” TV series that will debut in 2022.

According to “IMDB,” the new “Cars” series follows Lightning McQueen and Mater as they go on a road trip. The duo will encounter a variety of characters on their journey, both new and old. The list includes Logano, Dale Earnhardt Jr., Clint Bowyer, and soccer star Cristiano Ronaldo among others.

Some of these drivers previously appeared in “Cars 3,” but Logano was not among the group. The driver of the No. 22 Team Penske Ford Mustang did not join Bubba Wallace, Ryan Blaney, Formula One driver Lewis Hamilton, Elliott, or Daniel Suarez for the major motion picture. Now he will get his chance to enter the animated universe.

The Charitable Endeavor Takes Place During a Season of Change

Logano is currently in the midst of a two-week break from the NASCAR Cup Series season, and he is preparing to pursue another Cup Series championship when the schedule returns. He is also preparing for an offseason full of significant changes.

Team Penske confirmed on July 15 that Brad Keselowski will part ways with the organization at the end of the 2021 season and head over to Roush Fenway Racing as a driver-minority owner. He, Logano, and Ryan Blaney will no longer be teammates. Instead, they will compete with each other for wins and spots in the playoffs.

The changes in the building will put extra pressure on Logano to be even more of a leader, especially with youngsters joining the fold. Austin Cindric will replace Keselowski in the No. 2 Ford Mustang while Harrison Burton will drive for Wood Brothers Racing and work with the team through a technical alliance.